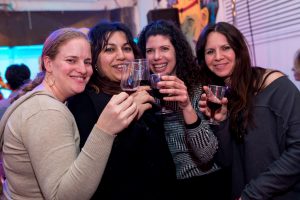 On February 4, 2019,  several hundred former Haredim, partners and supporters joined us as we officially launched our community center in Tel Aviv where courses, workshops, individual guidance and community and cultural events are already being enthusiastically attended by local participants. Among the speakers: Avigdor Kaplan, Director-General of the Ministry of Labor, Welfare and Social Services; Carmela Avlagon, Head of the Special Funds of the National Insurance Institute; Naftali Yaavetz, official in charge of former Haredim at the Ministry of Labor, Welfare and Social Services; Moshe Shenfeld representing the Out for Change Board of Directors; Refael Germon representing former Haredim; and Aviva Borow of HaSalon Tel Aviv. Music, soup, cheese and wine were plentiful, and a good time was had by all. A pop-up art exhibition showcasing the works of former Haredi artists and participants in Out for Change’s arts workshops adorned the walls of HaSalon and were enjoyed by the partygoers.

Check out our photo album! 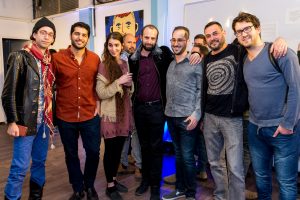 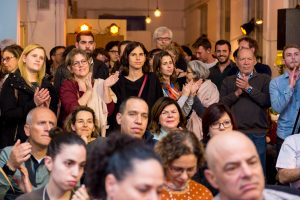